Interested in learning more about Stars? Here are the standard links about the band on Wikipedia and links discussing the album Set Yourself On Fire here and here.

Did you know that Pitchfork Media considers "Your Ex-lover Is Dead" the 298th best song of the 2000s? Strong start to this new millennium for Stars, huh?
Some further thoughts about the song while I was editing: did you notice the tinkly piano at the end of the song? It's featured as the outro of the episode so go back and listen if you haven't downloaded the song yet.  What is it about tinkly piano that, despite its small sound, adds an amazing wistfulness.  I mean, you can barely hear it, but, once you do, it's impossible to take your ears off it.  Listen to The Walkmen if you need more tinkly piano than you can shake a stick at.

I found out who the creepy old man at the album's beginning is: lead singer Torquil Campbell's father, Douglas.  My guess of Orson Welles coming back from the dead was WAAAY off.

And in case you need a visual for a trip across Pont Champlain, here's where our two characters are during the song. 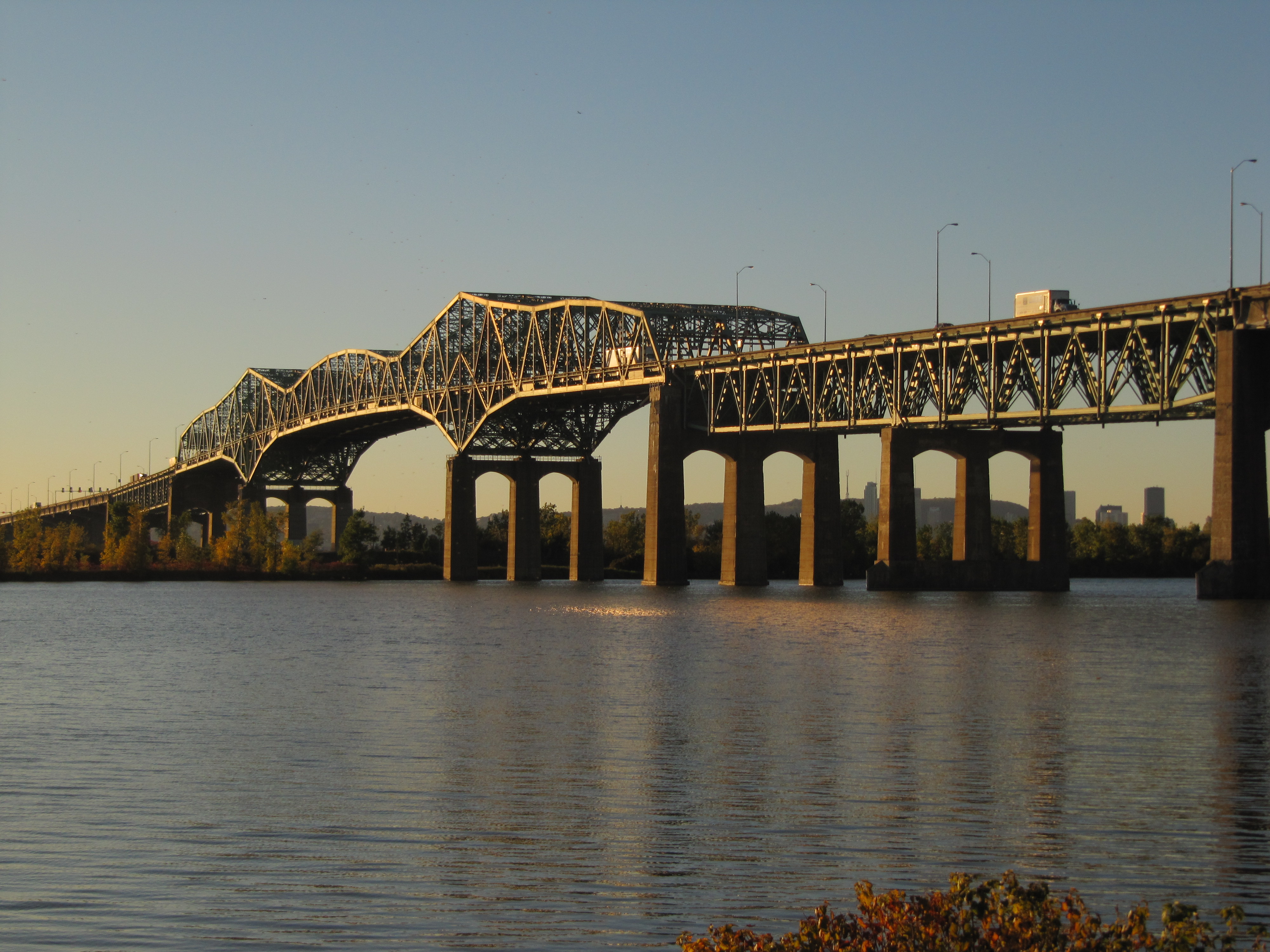 Finally, if you really want to join Jackie and see Stars live at the Met in Rhode Island, buy your tickets here.  Or you can visit the actual Stars forum in case you don't have easy access to a basement to talk about the band in.
Posted by Unknown at 12:00 AM